Early 2017, the construction of the second Kooyman Megastore on Curaçao started, an important player in the 'do-it-yourself' market. The second establishment makes sure that Kooyman can serve her customers even better and more complete. In november 2017, there was a celebratory opening to introduce the Kooyman Megastore Jan Noorduynweg to the people of Curaçao.

Remarkable is the megastore for sure, with an impressive 4.600 m2 and a drive-thru. Upon entry of the store, the natural white light shines on the Kooyman doormat. The eight 60x60 Lumiko downlighters have a light emittance of 3200 lumen while at an angle of 100°. The 4000 Kelvin colors the walls a bright white and creates an equal image on the work floor. The built-in luminaire, flat with plenty of space to tidy wires and power supplies, is invisible in the ceiling system and has a modest height of 41mm.

The luminaires are also a perfect fit in Kooyman’s canteen. The lighting appears calm and symmetrical, something employees need during their breaks. Furthermore, this luminaire has a UGR value of < 19. Using the right lighting should get the attention it needs, as it impacts the productivity and functionality of people greatly. The lighting needs to be clear enough to be able to perform duties well, but it should not be blinding. 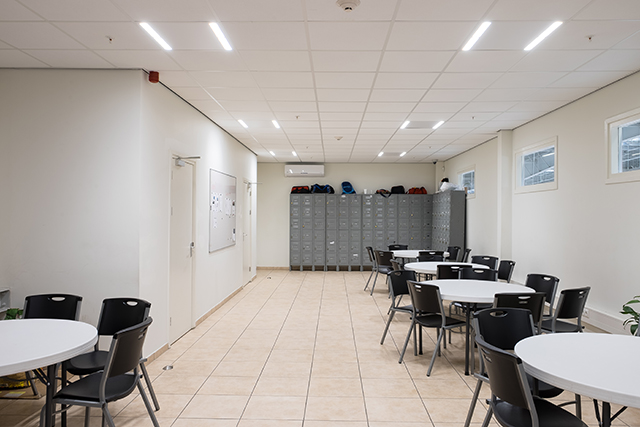 Erik Leeuwenburgh, owner of the company Re-light, based on Curaçao, has played a vital role in this. Next to pricing, good advice, custom work and service are crucial to him. “We are constantly working to remain up-to-date in the quickly changing LED technology”.